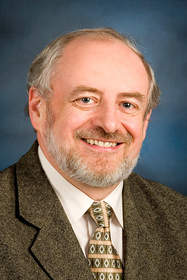 Dr. Andrzej J. Strojwas, professor of Electrical and Computer Engineering at Carnegie Mellon University, has been honored with 2016 Phil Kaufman Award for Distinguished Contributions to Electronic System Design. The award has been dubbed “The Nobel Prize of the EDA Industry”. Dr. Strojwas is being recognized for his pioneering research in the area of design for manufacturing in the semiconductor industry. Virtually every fab (short for fabrication facility, a silicon wafer manufacturing plant) in the world, as well as a vast majority of chips manufactured today, use methodologies Dr. Strojwas developed.

The award ceremony was held in San Jose, California on January 26, 2017.

Four members of the Polish Cultural Council, have been awarded medals by the Polish Government
November 10th, 2011, The Consulate General of Poland in New York

Four local women have been honored by the Republic of Poland at the Polish consulate in New York City for their efforts to promote Polish culture.Wanda Maria Walat of Coraopolis was awarded the Knight’s Cross Order of Merit, the higher of the two awards given to the women last month.Maria Zioncheck of Highland Park, Maria Staszkiewicz of Murrysville and Evanne Addams of Ben Avon were awarded the Gold Cross of Merit.
Read more…

The Embassy of Poland co-hosted an event with the Carnegie Institution for Science & the Embassy of France to honor the centennial of the 2nd Nobel Prize awarded to Marie Sklodowska-Curie and the International Year of Chemistry. Part of the Carnegie Capital Science Evening series, the event was held under the auspices of Poland’s presidency of the Council of the EU. Two eminent scientists, one Polish – Dr. Krzysztof Matyjaszewski and one French – Dr. Nicole Moreau, gave presentations on Madame Sklodowska-Curie’s accomplishments, and what she has meant for them in their own very successful careers. Dr. Nicole Moreau is the President of the International Union of Pure and Applied Chemistry. Dr. Krzysztof Matyjaszewski of Carnegie Mellon University, is the recipient of, among others, the Foundation for Polish Science Award and the Wolf Award. An important aspect of the evening was the decoration of Prof. Matyjaszewski with the Commander’s Cross of the Order of Merit of the Republic of Poland for his outstanding contributions to the development of Polish-U.S. cooperation in science, as well as his research and teaching. Ambassador Robert Kupiecki decorated Prof. Matyjaszewski with the award.

A Conversation with Dr. Krzysztof Matyjaszewski
On September 15, 2011, the Embassy of Poland co-hosted an event with the Carnegie Institution for Science & the Embassy of France to honor the centennial of the 2nd Nobel Prize awarded to Marie Sklodowska-Curie and the International Year of Chemistry. During the event, Dr. Krzysztof Matyjaszewski of Carnegie Mellon University was awarded the Order of Merit of the Republic of Poland for his outstanding contributions to the development of Polish-U.S. cooperation in science, as well as for his research and teaching. We sat down with Dr. Matyjaszewski after the event to learn more about his work and discoveries.

The work of Pittsburgh artist and graphic designer David Motak has been recognized by the nation’s leading organization promoting Polish and Polish-American arts and culture in the United States.  The American Council for Polish Culture (ACPC), one of the country’s most prestigious ethnic cultural organizations, has presented the Pittsburgh artist with the organization’s 2011 Cultural Achievement Award in recognition of the Pittsburgh artist’s lifelong contributions to the promotion of Polish culture throughout the United States through a wide range of programs and projects.  The Award was presented in recognition of his outstanding talents and skills as an artist, educator, communicator and his special talent as artist and promoter of the Szopka art form. The Award was presented to Motak at the ACPC’s annual convention in Cleveland, Ohio on July 16.

Motak is the only American artist practicing the “Szopka,”  a traditional folk art originating in Cracow, Poland. Szopkas (pronounced “shop-kah”) – often called “Cracow creches” are architectural constructions that blend wood, cardboard, ribbon and foil paper into whimsical and ornate works of art that range in size from a few inches to several feet in height. The Szopka tradition, which originated in southern Poland in the 16th century, was brought to the United States by Polish and Slavic immigrants during the industrial migrations of the late 1800s.  It was practiced in the this country by Polish immigrants from the Cracow region until World War II.  Mr. Motak’s efforts to revitalize this art form in the United States has resulted in an increased awareness of the tradition and the establishment of a growing “Szopka community” in America.

In December 2010, Mr. Motak represented Pittsburgh at the annual Szopka Competition in the city of Cracow, Poland, where he became the first foreigner and first American to enter and earn the prestigious “Special Award for Artistic Merit” presented by the city of Cracow History Museum. The artist has received other several prominent awards including the 2006 Polonian of the Year Award for Western Pennsylvania from the Polish American Congress and the 2009 Work of Art Award from the Greater Pittsburgh Arts Council which is one of the highest designations that an artist can receive in the State of Pennsylvania.

Motak launched his Pittsburgh-based Cracow Creche Workshop/National Szopka  Project as an educational initiative in 2003 and the project has since acquired a national scope.  During that time, he has taught Szopka making to over 800 adults and children throughout the country and has shown his work at various prominent galleries in the United States and Poland, including the Gagosian Gallery in New York, the Frederick Meijer Gallery in Grand Rapids, Michigan, and the Krzysztofory Gallery in Cracow, Poland.  He has produced projects for the Embassy of the Republic of Poland in Washington, D. C. , the Polish Heritage Society of Rochester, New York, the Polish-American Heritage Association of Berks County, the Goggle Works Center for the Arts, Reading, PA, the Pittsburgh Children’s Museum and many other regional ethnic and arts organizations throughout the country.

In presenting the Cultural Achievement Award, the ACPC cited Mr. Motak for his numerous contributions to Polish-American cultural life and his work with many Polish-American organizations.   In 2008 Mr. Motak developed “Poles in Pittsburgh: Yesterday Today and Tomorrow” a traveling exhibit for the Polish Cultural Council of Western Pennsylvania that presents the contributions of Poles to the history and cultural life of Western Pennsylvania and the United States that has been shown at various venues throughout the country. Among his other cultural contributions, Mr. Motak leads annual cultural tours to Poland and has headed fundraising and various programming efforts for various Polish causes in the region.

His educational projects have been underwritten by the Pennsylvania Council on the Arts, the Pennsylvania Humanities Council; the Arts and Cultural Council for Greater Rochester (NY), among others.  In 2008 he was awarded an Apprenticeship in Traditional Arts from the Institute for Cultural Partnerships to study in Cracow, Poland with prominent Szopka master Maciej Moszew, one of Poland’s leading Szopka craftsmen.  He is one of only a few awardees to be awarded a fellowship to study abroad.

Motak is a graduate of Alliance College, where he majored in Slavic studies and Polish culture.  He attended the Jagiellonian University in Cracow, Poland for two years as a part of the Kosciuszko Foundation Academic exchange program.  His professional career has taken him to several managerial positions at the University of Pittsburgh, Point Park University and Sweetwater Center for the Arts.  He is currently Director of Communications for the Polish Falcons of America, one of the leading Polish American benefit fraternal organizations.  Mr. Motak serves as editor and designer of the Sokol Polski, the Polish Falcons of America’s member magazine, one of the oldest and most respected Polish-American publications. He is also curator and designer of the Polish Falcons of America Heritage Collection, a permanent exhibition of Falcon and Polish-American artifacts on display at the organization’s headquarters in Green Tree, PA.  In addition, he serves as a member of the board of directors of the Polish Cultural Council of Western Pennsylvania and a member artist of the Greater Pittsburgh Arts Council.

For additional information on the National Szopka Project, the history of the art form and to view szopka images, please visitwww.cracowcrafts.com.  Mr. Motak can also be reached at contact@cracowcrafts.com.

We Appreciate Your Support